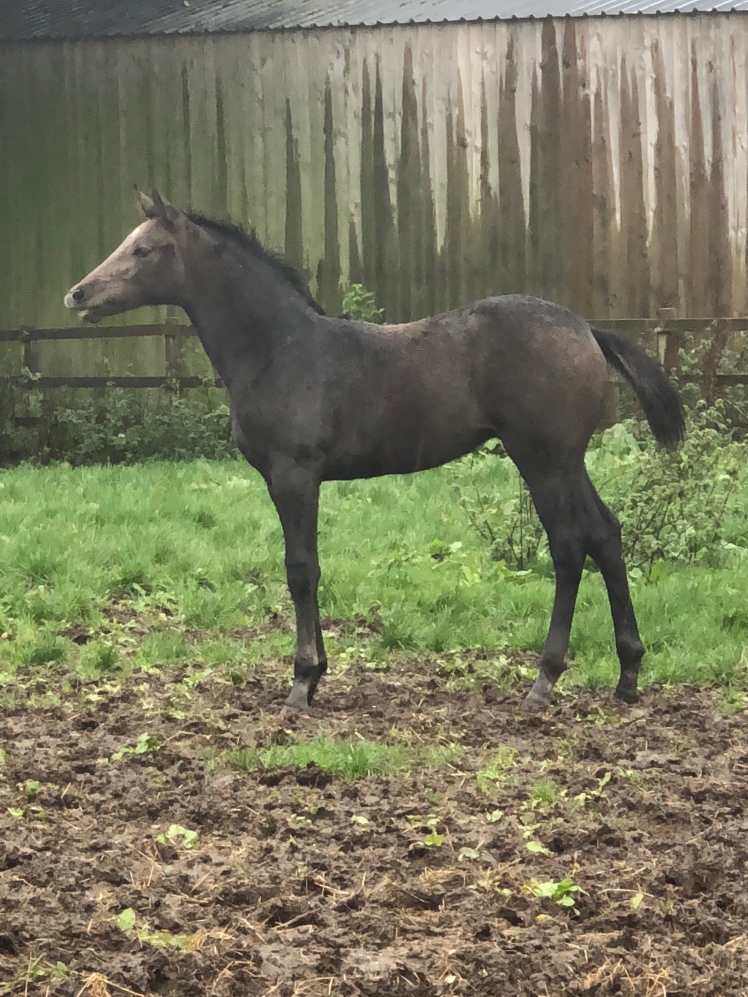 As readers of The Stranger in My Life will know (and viewers of Am I a Murderer, too) Janet is a knowledgable horsewoman: owner and breeder of many horses over the years. She’s won a few showjumping rosettes in her time, she’s harvested potatoes using a Second World War contraption pulled by a couple of feisty steeds and she’s done lots and lots of mucking out.

I’m happy to report she’s still surrounded by horses and by a happy miracle, a new foal has recently come into her life.

And here is the new foal, with her mum – who unfortunately, stepped on her new foal’s leg not long after she was born, resulting in a visit from the vet and an irritating white cast. as you can see from the top image, the cast has now been removed.

Welcome to the world, Cassie!