Reading through my notes, Janet refers to a neighbour, Kate, often referred to as a ‘medium’ who knew both Fred and Janet in the 1970s.  I wonder if it might be possible to track Kate down. I make a few calls – and I am in luck.

According to Janet, Kate would now be 70 years old, which I confirm when I speak to her later that day, although she sounds much younger on the ‘phone.

“I felt deeply for Janet,” says Kate with sympathy “Fred left her in very distressing circumstances and I felt deeply for what she was going through. I connected with him and hoped that what I had to say would be a comfort for her.”

“Sometimes I do readings for people,” she goes on. “I give people patterns to help them follow a path in life. Back then I had a feeling that Janet needed comfort and I felt Fred’s presence around the farm.”

Kate sounds a little defensive and to be honest, I don’t blame her. But I desperately want her to tell me more – and she does – with what I can only describe as a warning. 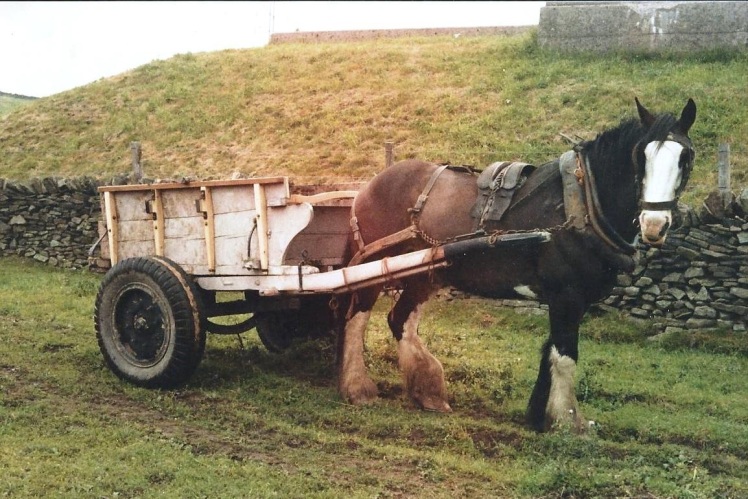 “Few people looked favourably on Janet,” she says. “She had no support from anywhere; no friends around her. We’d always got on as neighbours and we had interests in common such as horses. But the truth has not always been Janet’s friend. She keeps her distance from people so it is very difficult to get to know her fully. Perhaps because of the stress she suffered when she was younger, I don’t know; farming alone for all those years.” Kate pauses as if to gather her thoughts. “If you feel different from others around you then you become more independent and you can then sometimes tip over…”

I’m not sure if she is referring to Janet or Fred here – it’s unclear. “You mustn’t feel sympathy for Janet,” warns Kate. “You must keep sympathy out of it but let empathy in.”

I’m still not sure I know what she is trying to tell me and then suddenly, through the mystifying jumble of words she seems to alight on a truth and I can’t work out how she gets there.

This is not just a good read, it is a voyage of life-discovery. Never again, will I ignore the Biography shelf. It has taught me to reexamine the kind of books that I tend to choose. The book was so effective in reaching the reader, I confess that I did shed a tear along the way …If a book can produce such a reaction, it deserves to be read, widely.

“Towards the end of Fred’s life he became unbalanced,” she says calmly. “We can all plot how we would like our life to pan out and when we’re disappointed… well, we can do things, can’t we?” I wonder suddenly if she knows what awful things some people are capable of; people like Fred who can become frustrated with life and all its dismal hardships.

Kate adds that she wishes Janet well with her story before speaking of ‘other people’s pain’ and ‘getting away from your thoughts’ and I wonder if she has any inkling of how Janet has done just that over the years, shutting down her mind to her terrible memories, suffering the nightmares as a consequence. And then she warns me again: “Steer clear.”

As I put down the phone I fret about that phrase. What is Kate warning me about?

If she is warning me about finding out the truth about what happened during Janet’s lost four days in 1976 then it’s too late. We both know what happened then.

I wonder if she is warning me about something else entirely.